Social network Pinterest is testing a new design for its users. Though the update is relatively small, it’s likely a stepping stone for a larger site overhaul many are predicting as Pinterest (continues) to work on its much desired revenue stream through paid media. It also comes on the heels of a large design update on Facebook’s newsfeed, which will put the two social networks head-to-head in the battle of the newly image-focused internet.

So what does the new design involve?

For the homepage, not much. Pins have been made larger. White space around them has been removed, which previously made them appear more bulletin board-like. This results in larger pins that contrast more against the background. A graphic link to the board the pin was placed on replaces a simple text link in the previous design. This creates a heavier emphasis on discovering additional content. 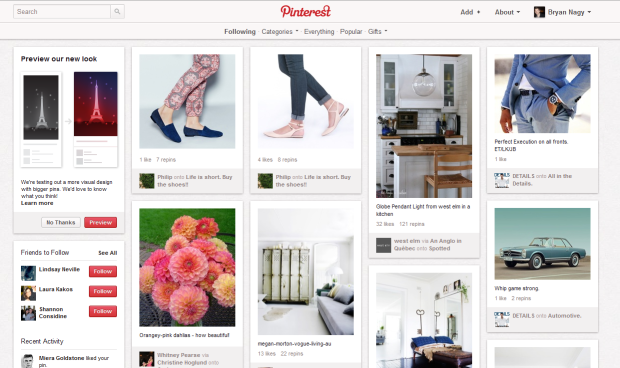 The biggest change in the redesign comes from the window that displays once a user clicks on a pin. Previously the main focus of the window was the actual pin. Now, next to the pin is a side panel displaying images from the board the current pin is placed on. This was in the prior design of Pinterest, but the panel was below the actual pin, often times beneath the fold with no need for users to scroll down further to view it. The new design will likely appear new to many users, and I’m sure click through rates of the panel will increase substantially.

This change does quite a few things: 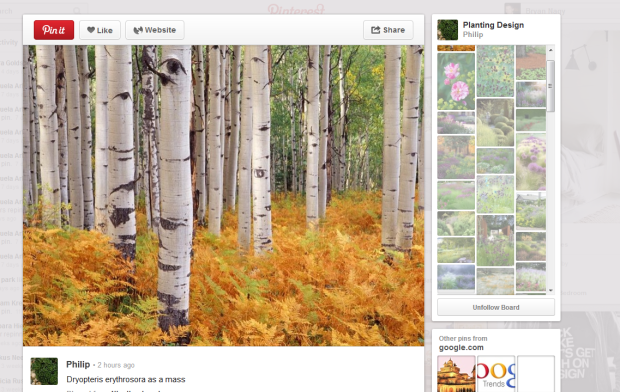 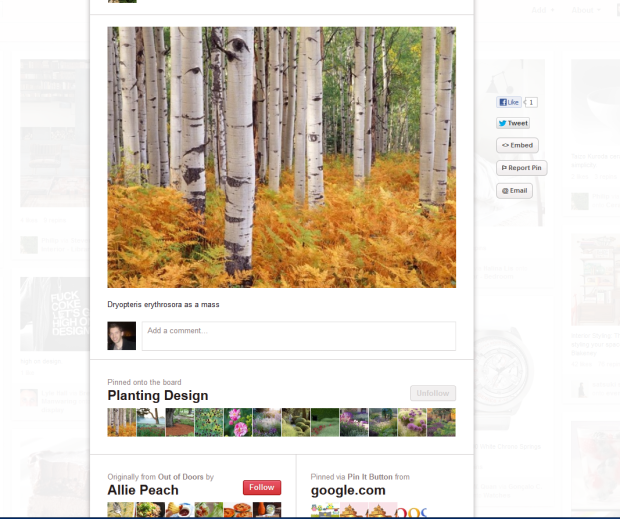