News came last week signaling further end to big-box electronics stores. On March 29th, Best Buy announced it would be closing 50 of its  1,100 US stores. The news comes as no surprise after struggle by other electronics stores and developers throughout the last few years from increased competition. Companies who have had similar problems include Circuit City, Blockbuster, and HP (I count this since it announced its retirement in the consumer computer and tablet industry).

The culprit for all of this- online retailers like Amazon.com (who can cut prices from lower overhead costs without having brick and mortar stores), deep discount stores like Wal-Mart (whose huge buying power means lower costs), and computer developers like Apple (whose retail stores offer their flashy products with bigger excitement than a Best Buy store- the lines!). Lets also not forget out the advent of digital media, with music, movies, and TV shows all available for download, meaning CDs and DVDs are further becoming obsolete, and were once offered in prime selection on Best Buy salesfloors.

It really is a sign of the times, and Best Buy is (finally) taking action. Though it plans to close 50 stores, it also plans to open 100 Best Buy Mobile stores. These stores feature a much smaller sales format and only offer popular mobile devices like smartphones and tablets. Surprisingly, they were first released in 2006, but the openings have been few and far between. 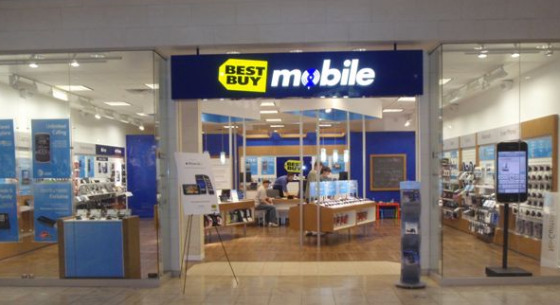 A smart (and risky) move by Best Buy, but I think it might be too little too late. It really astounds me at how slowly some companies are to respond to changing markets. Many think their brand name status protects them from changing markets, but this is seldom the case. Best Buy should have responded to the new digital world with smaller store footprints and an increased digital presence. If they were smart, they would have developed a strategy creating them into a retail and e-commerce leader, offering consumers to interact with products in a smaller store set-up with heavier emphasis on actual purchase online. I believe they are trying to accomplish this with the adding more Best Buy Mobile stores, but this should have happened two years ago.

Time will tell if this new strategy works out. However, I think we may unfortunately see the end of the Best Buy if they continue to lag behind in responsive marketing.