A few months ago Facebook announced they would be releasing location-based ads on their mobile apps, and it looks like these ads have now gone live. This week I was in Chicago, and checked in to the Merchandise Mart. Once my Facebook newsfeed refreshed on my iPhone, an ad to like the Merchandise Mart Facebook page displayed below my Facebook check-in. 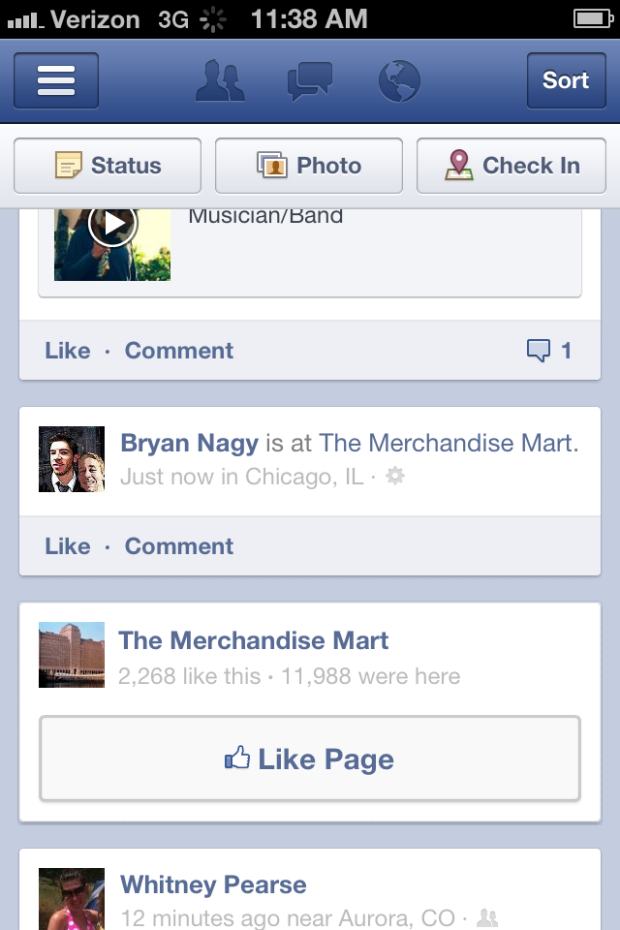 Prior to actually experiencing this ad, I actually though the location-based ads would be interesting. I disagree a bit now. I did end up liking the page, but I found the ad creepy. Personally, I think something much more effective would be for Facebook to read that I am at Merchandise Mart and display an ad from a business that is located nearby, not necessarily the actual place I am checking in at. Perhaps above the ad unit it could say “Nearby businesses”, making it obvious to me that the businesses are close to the area I checked in at. Sure, the user knows Facebook knows where they are, but at least it’s not as creepy as what I experienced.

I think Facebook location-based mobile ads are a great idea, but perhaps Facebook needs to tone their advertising units down a little.